Keep It Short and Simple – KISS is the motto for presenting our information on this website. The basic text is extended with footnotes and referrals to other sources, while putting the pointer above blue text snippets [sample] lets text boxes appear containing additional facts.

Not only a human brain better apprehends a short and simple text, also every electronic calculator crunches short numbers faster than endless columns of figures. In fact adhering to the KISS principle saves efforts which in electronics equal to energy savings.

Why then did the PC develop hardware obesity together with software bloat?1

Lets start with acknowledging the explosion of minimal system requirements for PCs in order to run the most popular operating system during the last two decades:

So what was the surplus of computing power utilised for?
Lets compare two different generations of the same text processor: 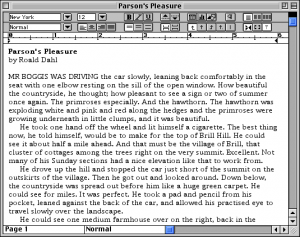 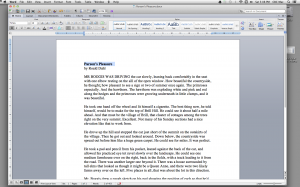 It catches the eye that a difference can be found more likely off the worksheet: in 1996 it is framed by just a few symbols representing tools, while today’s arrangement has piled up to a four-row variety of collections. Obviously baroque opulence and playfulness has replaced the classical austerity of the “form follows function” design which Apple is so renown for.

The ultimate reason for software bloat lies in a business model of Planned Obsolescence.

But let’s get right to the core question:

If the Word application of 1996 already has all it takes to compose, edit, format and possibly print text, but performs much more efficient i.e. requiring less electrical power, shouldn’t people in places where electricity is a scarce resource better use software following the KISS principle?

Uhuru OS is a software toolkit where for instance the word processor core module remains a separate entity, crafted and maintained by experts one and for all. But if anybody wishes to have a special toolbar, an extension for optional use can be easily programmed. This way we shall Keep It Small and Simple2 running fast on inexpensive hardware.

According to Professor Swann of the Nottingham University, the software bloat blocks development, as “passing off old tools to developing countries may look like charity, but it consigns the country to a perpetual lack of competitiveness”.

Uhuru OS works as “an instrument of sustainable development” while “pay(ing) special attention to the particular needs of people of developing countries”, supporting them in “creating ICT applications and digital content in local language” and thereby facilitating “the preservation of their heritage and their cultural legacy.”3

The British magazine “MacWorld” simply doesn’t get it, why Apple’s new software edition “iOS 7” is “radically redesigned, abandoning the quasi-realistic or skeuomorphic interface of earlier editions of iOS in favour of a clean, flat, simple look.” Suddenly MacWorld considers the old “faux-3D design […] horribly cheesy“. Cheerleading for Apple, the reader gets ‘informed’, that “a software product as ubiquitous as iOS doesn’t need to fake it.“

1. Software and hardware seem to form a fatal relationship: resource requirements expand to consume the resources available. Its phenomenas are software bloat, second-system effect and creeping featuritis.
2. No application of Uhuru OS requires more than 1000 lines of code, rendering sufficient only 500 megabyte of computer memory while Windows 7 raised the standard PC-memory to 4000 MB
3. Word-for-word quotations of the Tunis Commitment 2005 unanimously accepted by all nations